A Program for Interactive Mining of Complex Domains

Human-Machine Data Mining (HMDM) is a computer program for interactive mining of complex domains. The program is primarily intended for domain analysis tasks, where the goal is to extract relations that best describe the domain. To meet the goal, the program constructs transparent-box models in the form of decision and regression trees for the human to be able to analyze and extract the best relations from models.

The problem that typically appears when mining the complex domains with the selected data mining methods is that they often construct statistically significant, but meaningless models. Since the task is domain analysis, meaningless relations in models can lead to wrong conclusions and can consequently undermine a human’s trust in data mining programs. To resolve the issue, the HMDM program provides the tools for the human to interactively search the domain with the goal to find relations in models that are both meaningful and statistically supported with data, that is, of high quality. The human is also able to establish the level of relations’ credibility from the observed changes in relation’s meaning and quality through multiple models, as well as to detect several types of multi-attribute relations.

The HMDM program provides tools for:

Based on credible relations and models, the human then constructs correct conclusions about the domain.

The steps of the method are presented in the following two flowcharts: HMDM algorithm and delete attributes procedure.

HMDM is intended for mining complex domains for which is assumed that they contain relations of different types and levels of importance.

Levels of importance, that is, credibility of relations – three levels:

The method successfully deals with scarce data and missing values by compensating them with human knowledge and understanding. For example, in the case of macroeconomic domains, there is a high number of interesting attributes in comparison to the number of instances. Instances are typically countries, which limits such domains to max. 200 instances. The number of instances is typically even smaller after data preprocessing stage when those countries with high ratio of missing values are removed from the data.

Domains on which the HMDM method was used: 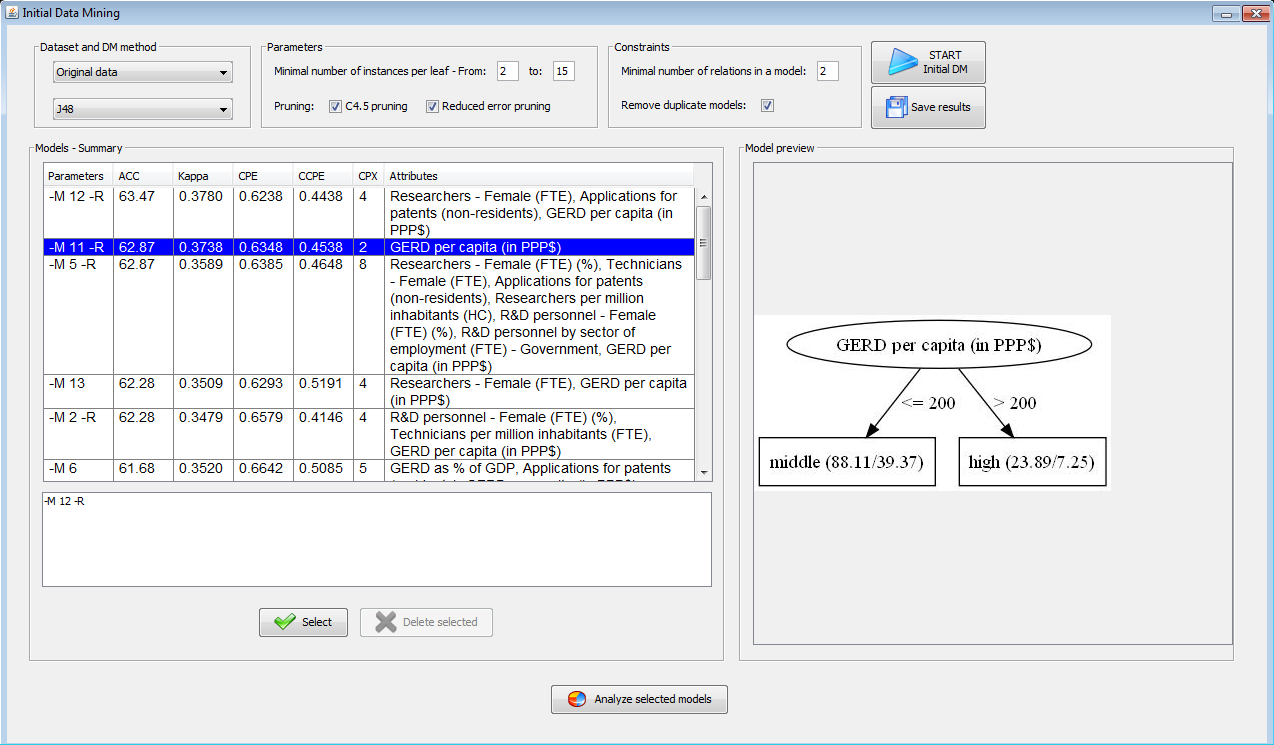 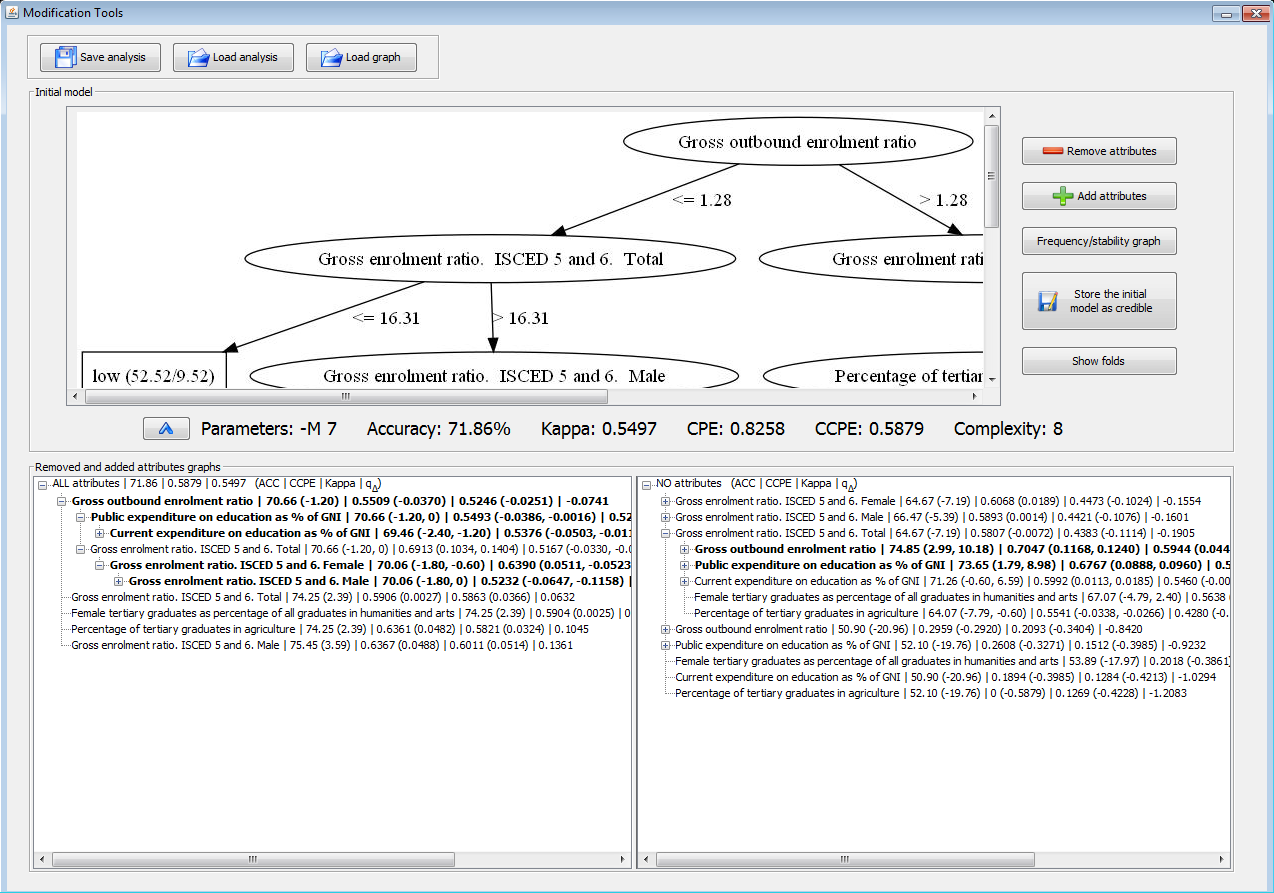 Modification Tools screen – When an interesting model is selected for further analysis, the analysis continues by constructing additional models from attribute sets modified in an automatic or an interactive manner. The models are arranged in two graphs from which relations of different types and level of credibility are extracted.

For the HMDM program to work properly the two external programs should be installed first. When HMDM is installed, it will demand paths to the two programs’ “bin” folders. For example, C:\Program Files (x86)\Graphviz2.26.3\bin and C:\Program Files (x86)\gnuplot\bin. If wrong paths are selected, HMDM will work, but the models and graphs will be missing. In such case, check whether you correctly entered the paths in the Tools > Options.

The HMDM program was tested with the versions of Graphviz 2.26.3 and Gnuplot 4.6.

HMDM can be used free of charge for non-commercial applications.

I would like to thank to Marko Bohanec for the ideas on how to improve the HMDM method.

I would also like to thank to the team behind Graphviz, Thomas Williams and Colin Kelley for making available a valuable tool such as Gnuplot, as well as to the Julien Ponge for IzPack, which we used for creating the installation program.